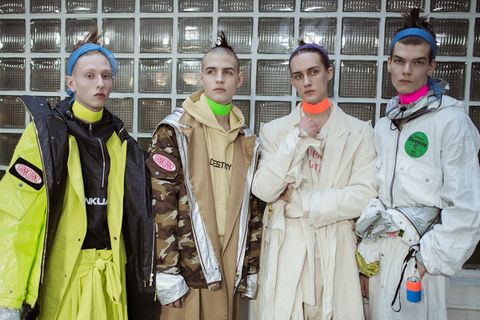 Although the six American flags which have been left on the moon since Apollo 11 have been confirmed to have turned white due to alternating days of searing sunlight and 100° heat and days of numbing-cold -150°, there’s no mistaking the technicolor impact that the mission had on various facets of industries.

Since the days of the space race, designers like like André Courrèges, Paco Rabanne, and Pierre Cardin, have attempted to sartorially predict what the future held for society – whether forecasting the daily uniforms for the masses — or more esoteric fare for those on the fringes as drastic changes occur in society.

Dubbed “space age” in their terse assessment by fashion critics, these looks have permeated couture houses in as futuristic silhouettes, and have been more overt homages to NASA by contemporary designers.